WHAT IS YOUR WORTH?

Tochukwu barged into her sister’s house and shouted “I’ve had enough, men are all the same”

Her elder sister Chioma, who was five (5) years older than her, got married three years ago to her first love Paul. Tochukwu used to tell her, “she is boring”, for dating the same guy for over 5 year. Chioma got married to her first love because she does not believe in changing men. She has this principle, “If you have found your true love then you have no reason to run back and forth with others. Stay faithful to your true love”. While Tochi, on the other hand, as everyone calls her, believes that there is nothing like true love. She is of the opinion that “If you find a rich man who loves you then marry him”.

As months passed by, with Tochi going to her sister’s house once in a while and she seeing the way her sister’s husband showers her with love, Tochi started having second thoughts about love and men. However, this particular day had been a very annoying day for Tochi, her boyfriend, Daniel, had insulted her publicly and the only person she could talk to was her elder sister. Chioma had been her confidant since childhood but when she barged into her home, Tochi had really passed her boundary this time. “Tochi this is my matrimonial home for God’s sake, what if my husband was home what exactly is wrong with you?” Chioma questioned, in a rather angry voice. Tochi apologize immediately sensing the annoyance. “What has men done to you this time?”, Chioma asked.

Tochi then explained to her sister how Daniel publicly insulted her, by calling her a parrot, saying she talks too much. “Sis, he doesn’t respect me at all, he treats me anyhow”, she tried to hold back her tears. She continued, “Can you imagine it was inside the shopping mall that he insulted me o, in fact I’m never going back to him!”. Her sister smiled, just to calm her aching nerves, then asked her to sit down.

Then with a voice so gentle yet firm, Chioma began, “Tochi, No man will respect and value you until you learn to respect and value yourself”. Tochi had a puzzle look on her face.  Chioma smiled again and continued, the issue of being valued, does not only come in relationship with your partners or spouses, it also affects your relationship with people in general. Have you ever wondered why your friends talk to you anyhow or why your boss or even your siblings treat you without courtesy? It all boils down to how you carry yourself, the value you place on yourself and the aura that you carry around you.

“Don’t rely on some-one else for your happiness and self-worth. Only you can be responsible for that. If you can’t love and respect yourself- no one else will be able to make that happen. Accept who you are- completely; the good and the bad and the changes as YOU see fit – not because you think someone else wants you to be different”. – Stacey Charter

To my beautiful ladies, if he actually slept with you at the backseat of his car you can’t expect him to think you are worthy of a matrimonial bed! You need to know that you worth more than that and you are not just a toy to play with. To my handsome men, if a lady makes you feel less and compares you to other men then you need to stand up and let her know you are the best. There is so much inside of you why would you settle for less than you deserve?

When you are walking, raise your head high and be confident of the fact that you worth so much more than precious stones. I need you to know that every mistake you have made and all the bad experiences you have had, all sums up to make you better than you were before. Know that because you failed at something has not made you worth less. You need to fall in love with yourself everyday because if you don’t love you, nobody will. After all it is love your neighbor as yourself meaning your first love is yourself.

I know we are not all perfect but with learning and believing in oneself, we get better every day. I need you to know that you worth so much more, if you are in a gathering of people who make you feel less, then I think you need to change such people. Hang out with friends who make you feel better and brighter. Don’t stay where you are tolerated, move on to where you will be celebrated. Remember nobody can make you feel worthless without your permission. You are a treasure that should be treasured. You are so very special!

I love you and I believe in you! 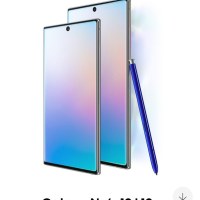