Here are two stories I would like to share with you, they revolve around real life experiments and the lessons people have come to learn from them.

There was an experiment done years ago, where jumping frogs were placed in jars with lids. Though they had plenty of food and water, the frogs still tried to escape. They jumped and jumped, banging their heads on the lids again and again. This went on for 30 days, and then the lids were removed. But the frogs no longer jumped because they didn’t believe escape was possible. They had given up, even though freedom was one hop away.
…
Sometimes life knocks you down so often, you start to assume it will knock you down every time. You essentially give up trying because your mind had been conditioned to believe that it’s not worth the effort. You may decide it’s safer to stay where you are.

But here is the truth, there is no lid on your jar! You can do more and handle more than you think you can. You can decide to do more than just exist, you can choose to live life, if you can put away the fears of failure and try again and again. 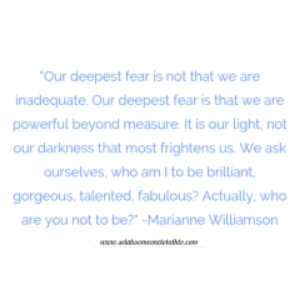 Think about these tales!